Traditionally every studio album of syntaction also brought an extra ambience and chillout album with it. And with the release of Far Away From Home early 2017, we wanted to follow this tradition again and created a new Spacewalk album for you! This free album contains 30 minutes of mostly calm instrumental ambience/chillout music. It is a side project and was released in December 2017. Also have a look at the main album Far Away From Home. 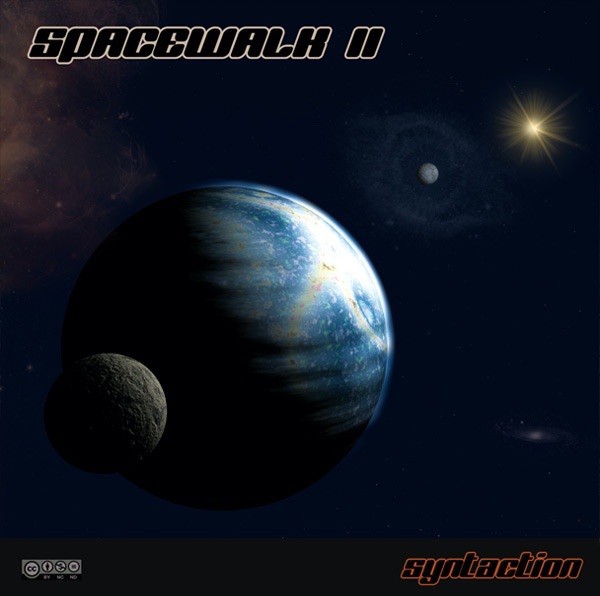 get this album now

This work by syntaction is licensed under a
Creative Commons Attribution-NonCommercial-NoDerivatives 4.0 International License.

Attention webmasters: Please don't link directly to the download button URL if you want to share this album!
Please use a link to syntaction.net or to this album info page instead. Thank you!

please also have a look at the other syntaction albums